No Child Should Die Like This: A Boy Shot and Killed
0 Comments
 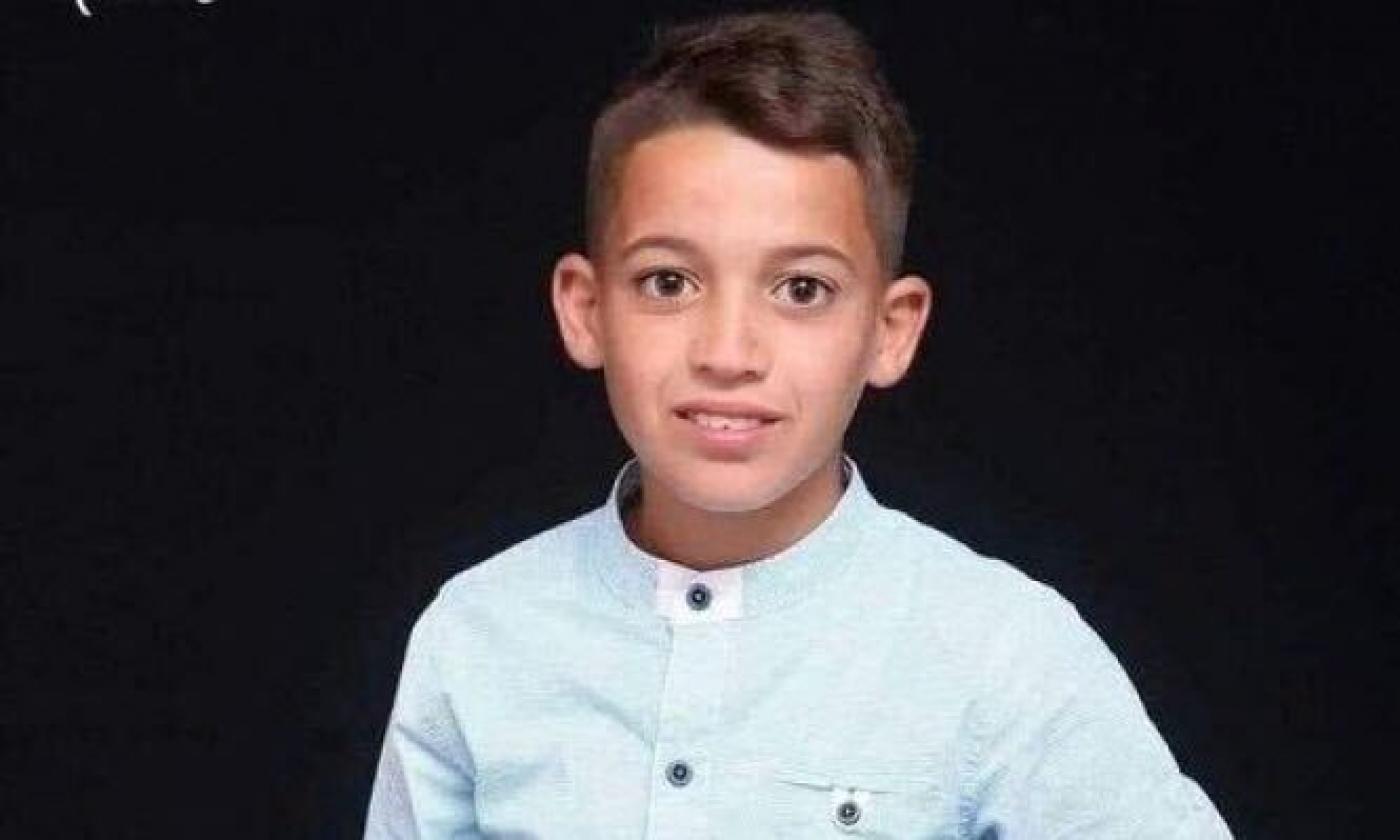 In December of 2020, a Palestinian boy was killed for throwing stones at Israeli soldiers. He was only thirteen years old, and his name was Ali Ayman Abu-Alayya. The Jerusalem Post reported that Ali and four others were injured while protesting illegal land confiscation and settlement construction in the West Bank. Israeli Defense Forces (IDF) retaliated by firing their weapons at the group in close range; Ali was shot in the stomach and later died at the hospital.

Ali was buried in his home village with a Palestinian flag draped over his body. Photos of the boy circulated on news websites: his hair held in place with gel, his small arms crossed over his small body, and his eyes looming so large on his still-childish face.

It is clear from the photos that he was young at the time of his death. It is also clear that he was a young boy just like so many other young boys around the world: he wore blue jeans and a t-shirt, he styled his hair with gel, and he had people around him who loved him. However, unlike most young boys, Ali was born in circumstances that put him in the face of IDF soldiers on a daily basis.

He experienced the struggles of living in the West Bank, which Israel considers a war zone for annexation and Palestinians consider a home to defend. Ali was killed because he was throwing stones at soldiers—soldiers who were protecting settlers from illegally confiscating lands in Ali’s own neighborhood for settlement construction. Ali was killed for throwing stones at soldiers for what he believed to be in service of protecting his home and loved ones.

Ali and his peers were throwing stones along Alon Road, a road shared by Israelis and Palestinians, when soldiers killed Ali by close-range gunshot. The IDF justified its deadly response by claiming the stone throwing posed a danger to vehicles on the road.

Palestinians have historically used stone-throwing as a non-violent, non-lethal and often symbolic form of protest, which highlights the asymmetrical war between Palestinian civilians armed with stones and Israeli soldiers armed with military technologies.

Jewish-Israelis also regularly practice stone-throwing; however, these stone-throwers have not faced the same repercussions as Palestinian stone-throwers. In fact, the same month and year Ali was killed for throwing stones, dozens of Jewish settlers threw stones and bricks at a Palestinian family, injuring an eleven-year-old girl. The rules are not equal for Jewish Israelis and non-Jewish Palestinians.  No one, certainly not Jewish Israelis, would consider shooting and killing Jewish stone throwers.

A Shocking and Unacceptable Death

United Nations Middle East envoy Nickolay Mladenov described the killing of the boy as shocking and unacceptable, stating that children have special protections under international law and must be protected from such violence. United States Congresswoman Rashida Tlaib tweeted: “No child deserves to die like this.” And the European Union representative for the Palestinian territories Sven Kuhn bon Burgsdorff asked: “How many more Palestinian children will be subject to the excessive use of lethal force by the Israeli security forces?”

The Palestinian Health Ministry and the Palestine Medical Center of Ramallah which treated Ali said the boy was shot with live bullets, while the IDF explained that less lethal Ruger bullets were deployed. Whether the bullets were live or considered less lethal by a technicality, they were fired at close range and resulted in the death of this young teen.

Palestinian Justice Minister Mohammad Shalalda called for the implementation of the Fourth Geneva Convention, which protects civilians in times of war. He argued that the individual soldier who shot Ali should be responsible for his crime as well as the Israeli state before the International Criminal Court.

The Death of Any Child in War Is Intolerable

Civilians must be protected in war zones. Children must receive special protections in war zones. No child should be killed by a soldier in a war zone—regardless of the child’s actions. This is the law. In the case of the IDF, Israeli soldiers have been killing Palestinian children in the Occupied Territories at a rate of more than one hundred children per year for the last twenty years. That’s another child dead approximately every three days!

Gideon Levy of Haaretz writes of the Israeli killing of children: “First we were ashamed, then we were shocked, and we even investigated. Then we denied it and lied. After that we ignored and repressed it, yawned and lost interest. Now is the worst phase of all: We’ve started to extol the killers of children. That’s how far we’ve gone.” It is now time to consider if the state of Israel is truly representative of the Jewish faith—a faith which would denounce the killing of children.

“Death of the Hedgehog”

A few days after Ali’s death, an Israeli poet named Eran Tzelgov published a poem dedicated to the boy’s memory. The poem is titled “Mot ha-qippod,” or “Death of the Hedgehog”, and was published in the largest paid newspaper in Israel, Yediʻot aḥaronot. Assistant Professor of Jewish Studies Melissa Weininger describes the poem in her article “What We Have Lost: Poetry and Mourning.”

Weininger writes that the poem begins by “offering a Jewish ethics of mourning rooted in care for the other” and then critiques “state power and its indifference to human death and suffering in the service of self-preservation.” She adds that the poem shifts from “the world of children” and their deep sense of shock and loss at death to the “world of adults, who may not even flinch at the report of a boy’s killing at the hands of the army.”

The poem “quiet rages” at the system and circumstances that led to Ali’s death and the way the boy’s death was reported and handled as if he were an inanimate object. She writes that the poem presents the possibility of a Jewish ethics of care for the other. A Jewish ethic would mean to acknowledge the death and engage in rituals of mourning and burial—actions which recognize both the humanity and value of the dead. Perhaps it is now time to recognize and mourn all the Palestinian children killed in this war, starting with Ali.