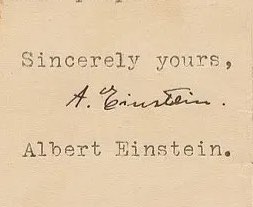 In 1948, prior to the creation of the State of Israel, Albert Einstein was solicited by the Stern Gang to raise money and support for its terrorism against the British and the Palestinians. He would have no part of it, as he writes in this pointed letter.

The history of the letter is described on the Deir Yassin Remembered website: https://www.deiryassin.org/einstein.html. You can learn more about Deir Yassin at http://promisedlandmuseum.org/creation-of-state/.

Other sites that have presented this letter include: