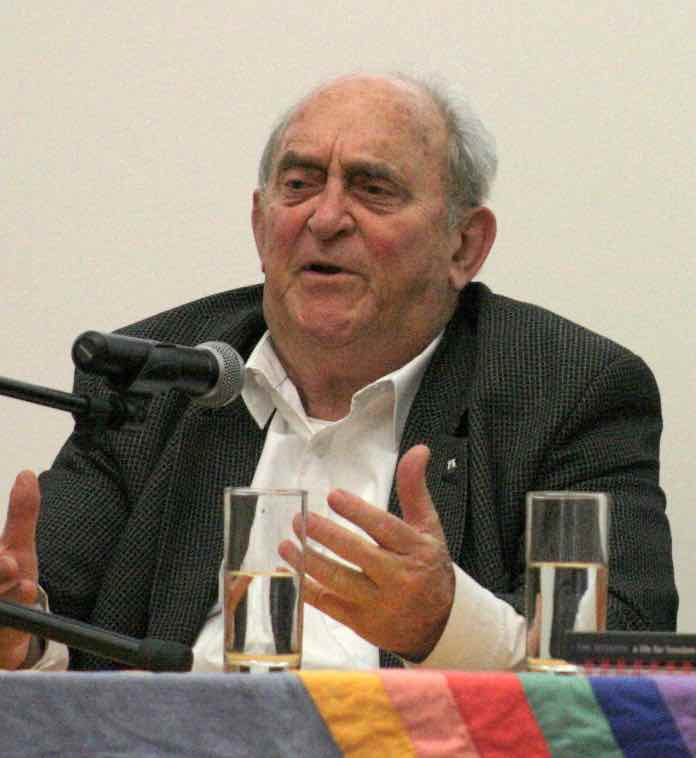 Denis Goldberg– who died April 29, 2020– was a South African Jew and anti-Apartheid activist. He was accused alongside Nelson Mandela and Walter Sisulu in the Rivonia Trial and was imprisoned for 22 years.

Israeli author Gideon Levy wrote a tribute about Goldberg and other Jews active in the African National Congress fighting Apartheid.

Jewish News wrote an obituary about Goldberg, extolling his role in ending South African Apartheid. The NY Times published an even more extensive obituary, including photos of Goldberg with Mandela.

SABS News, a South African news network, produced, The life and times of Denis Goldberg, a video about Goldberg’s life.

Middle East Monitor also published an obituary about Goldberg, describing in more detail Goldberg’s stand against mistreatment of Palestinians. Goldberg believed the occupation of Palestine and separate laws for different groups of people made Israel an apartheid state.  “There is no doubt in my mind that Israel is an apartheid state… Having lived through apartheid in South Africa, I cannot allow in my name the same kind of oppression to go on,” Goldberg said at an event discussing lessons for the Palestine-Israel conflict from those who struggled against apartheid.

← Barry Trachtenberg Our Tears Are the Same →