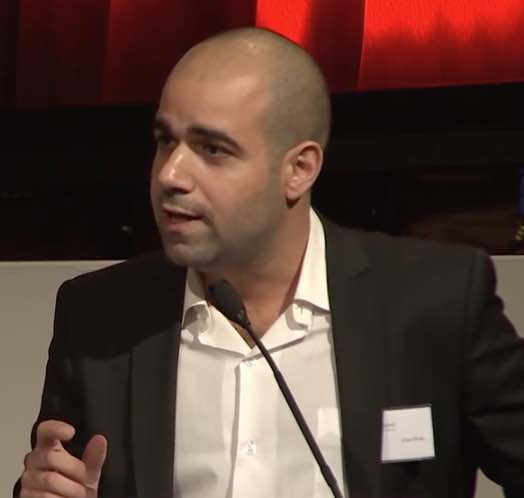 As described by Democracy Now: “On July 20, at least 90 Palestinians and 13 Israeli soldiers were killed in the Gaza City neighborhood of Shejaiya. Days later, former Israeli soldier Eran Efrati was arrested by Israel after he posted details about the massacre based on interviews he conducted with Israeli soldiers who were there. Today he speaks out about what he learned and talks about the killing of 23-year-old Salem Khaleel Shamaly. Activists with the International Solidarity Movement posted a video on YouTube showing the fatal shooting of an unarmed Palestinian civilian during the massacre. Family members later stumbled onto the video and identified the man as Shamaly. In the video, Shamaly is seen lying on the ground, apparently wounded by an unseen sniper. As Shamaly tries to get to his feet, two more shots ring out, and he stops moving. Efrati interviewed three of the Israeli soldiers who witnessed the killing of Salem Khaleel Shamaly. His sources within the Israeli Defense Forces reportedly informed him soldiers were deliberately targeting civilians as “punishment” and “retribution” for the deaths of fellow soldiers in their units. Efrati is a former Israeli combat soldier turned anti-occupation activist and investigative researcher.”