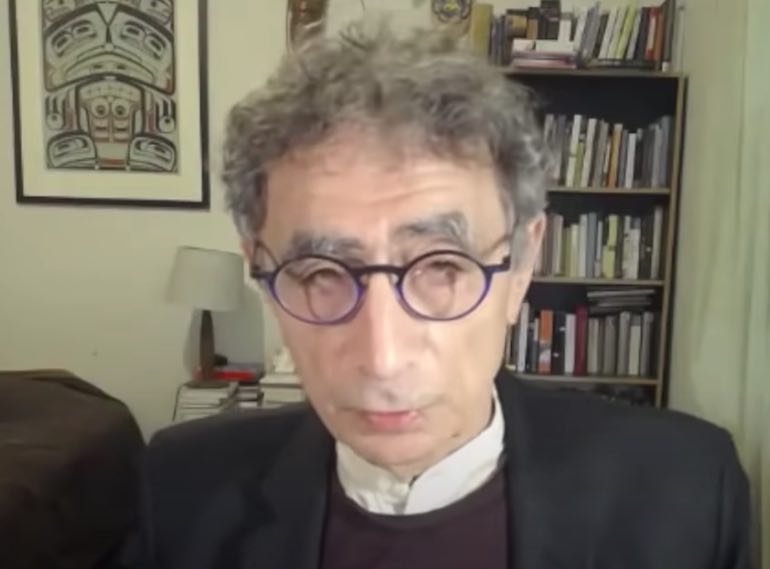 Hungarian-Canadian physician Gabor Maté is a Holocaust survivor. Many in his family perished in Nazi death camps. Mate is an addiction expert, speaker and author.

Mate, in a 2014 Toronto Star opinion article, described how the beautiful dream of Israel has become a nightmare. He writes, “As a Jewish youngster growing up in Budapest, an infant survivor of the Nazi genocide, I was for years haunted by a question resounding in my brain with such force that sometimes my head would spin: “How was it possible? How could the world have let such horrors happen? It was a naïve question, that of a child. I know better now: such is reality. Whether in Vietnam or Rwanda or Syria, humanity stands by either complicitly or unconsciously or helplessly, as it always does. In Gaza today we find ways of justifying the bombing of hospitals, the annihilation of families at dinner, the killing of pre-adolescents playing soccer on a beach.” He goes on to say, “Israel wants peace? Perhaps, but as the veteran Israeli journalist Gideon Levy has pointed out, it does not want a just peace. Occupation and creeping annexation, an inhumane blockade, the destruction of olive groves, the arbitrary imprisonment of thousands, torture, daily humiliation of civilians, house demolitions: these are not policies compatible with any desire for a just peace.”

In May 2021, Maté shares his heartfelt feelings about Israel/Palestine with Russell Brand. Brand describes it as, “the most beautiful and powerful testimony on this subject I’ve ever heard. From someone with deep connections to the history of this situation.” Maté says, “I can understand the warmth that Jews have for Israel; I used to be in that same camp. I can understand, after the horrors of the Nazi genocide, how we desperately want some protection. I can understand all that. But none of that excuses what we are doing… There are no two sides…in terms of power and control and its pretty straightforward. There was a land with a people living there and other people wanted it, they took it over, and they continue to take it over, and they continue to discriminate against, oppress and dispose that other people.”