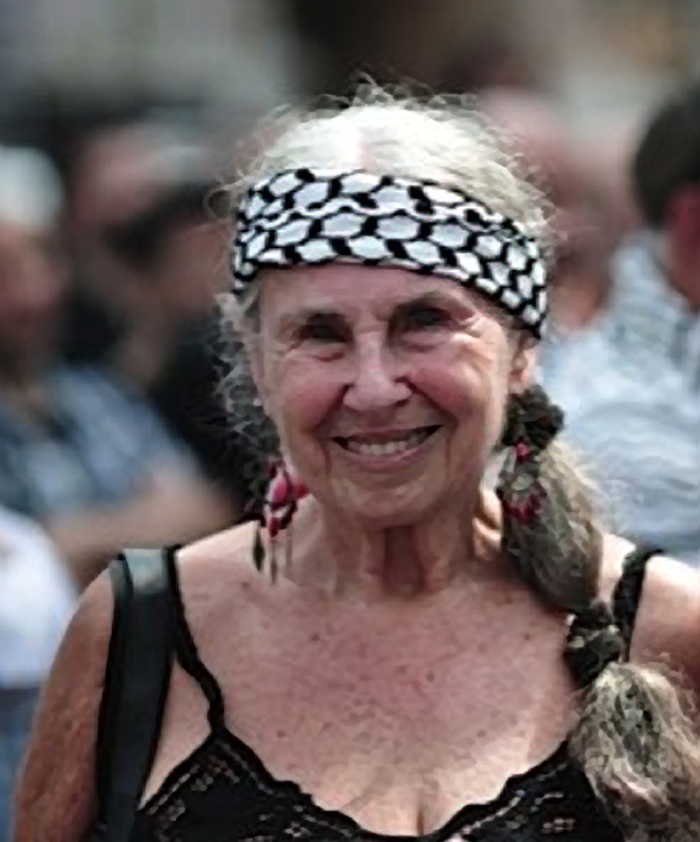 Lillian Rosengarten, a US citizen, is a former Jewish refugee from Nazi Germany. Aged 75, she participated in the Jewish Boat To Gaza voyage in September 2010.  Author of Survival and Conscience: From the Shadows of Nazi Germany to the Jewish Boat for Gaza, she is a clinical social worker and psychoanalyst. She is a poet, writer, mother, grandmother, and progressive human rights activist.

Lillian has written for Mondoweiss.  You can find her articles here.  Her article, The Witch Hunt, focuses on abuse of the Holocaust and claims of anti-Semitism to cover over mistreatment of Palestinian families.

Excerpted from a 2010 NY Times article Israel Stops Jewish Activists From Entering Gaza:    The one American on board was Lillian Rosengarten, 75, a practicing psychotherapist from Cold Spring, N.Y., who fled the Nazis as a child in Frankfurt.  “I was very reluctant to see her go out of my own anxiety, but I find myself increasingly impressed with her bravery,” her daughter, Lydia Rosengarten, 46, said by telephone. The group’s goal had been to try to reach Gaza and unload aid cargo in what the group said in a statement was a “nonviolent, symbolic act of solidarity and protest and a call for the siege to be lifted to enable free passage of goods and people to and from the Gaza Strip.”