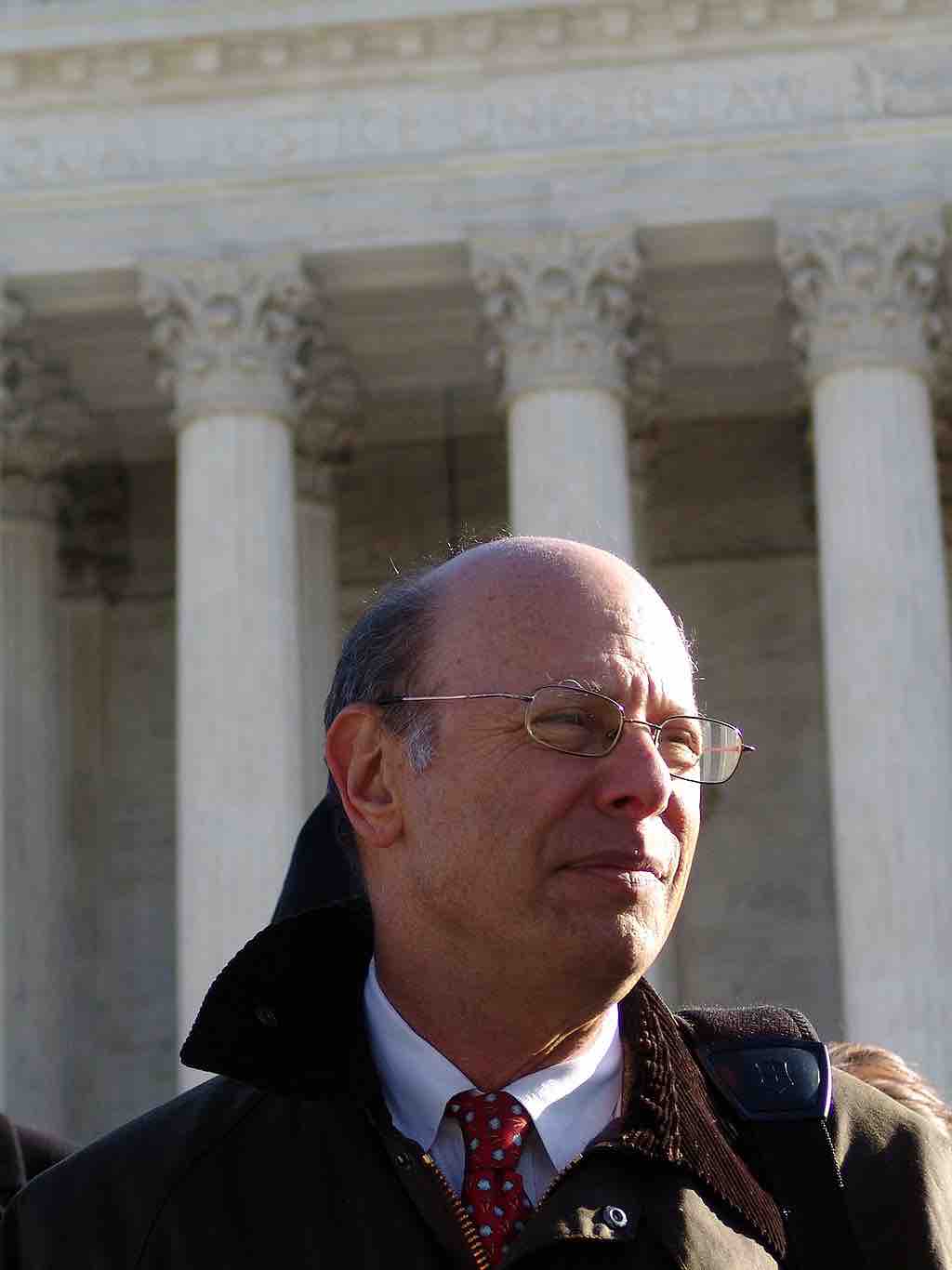 In this Real News video, Michael Ratner describes going from a typical Jewish upbringing, one entirely supportive of Israel, to realizing that Israel’s actions are inconsistent with Jewish values.  His Jewish commitment to justice makes the mistreatment of Palestinians feel untenable; he describes how he moves to a belief that all people in Israel/Palestine should be treated as equals.

Ratner was an extraordinary lawyer working on behalf of justice.  He was president of the Center for Constitutional Rights.  He spoke on the The Palestine Exception to the First Amendment in this interview.  You can read a full report here from Palestine Legal and the Center for Constitutional Rights.  Ratner wrote about the importance of boycotts, here.

Ratner spoke of his first hand experience seeing apartheid in the West Bank on Real News, as well.

Ratner died in 2016; Palestine Legal wrote about his legacy here.

Michael Ratner, president of the Center for Constitutional Rights, in front of the US Supreme Court in Washington DC. (Photo by Jonathan McIntosh)