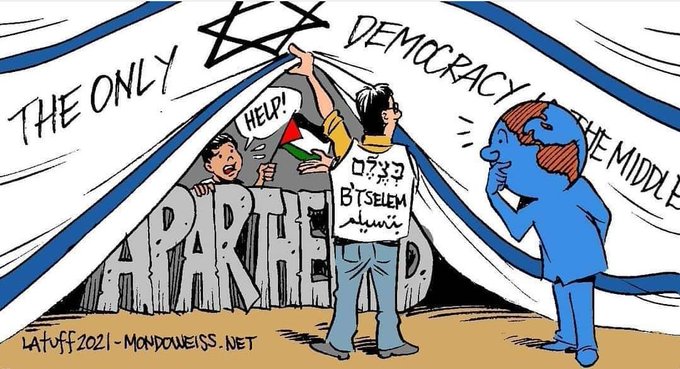 Writing in CounterPunch, Sarah Roy, a Jew and child of Holocaust survivors, pens a strongly worded letter to President Biden: https://www.counterpunch.org/2021/05/21/a-letter-to-biden-on-gaza/. She asks why Biden isn’t doing more to stop the killing of children. She says that her mother would have protected “any child under threat, Jewish or Christian or Muslim. She would have been horrified by the senseless killing of children in this terrible conflict, both Palestinian and Israeli, and she would have railed at the injustice of it all.” She asks why Biden hasn’t done the same.

Roy, an American political economist and sSenior Research Scholar at the Center for Middle Eastern Studies at Harvard University, has first hand experience working in Gaza. Other CounterPunch articles by Sara can be found at https://www.counterpunch.org/author/sara-roy/. In a Response to Elie Wiesel, written in 2014, she decries the dehumanization of Palestinians. In her 2007 A Jewish Plea, she writes of, “Israel’s horrific response — its willingness to destroy and to do so utterly — but also with regard to the virtually unqualified support of organized American Jewry for Israel’s brutal actions, something that is not new but now no longer tolerable to me.”